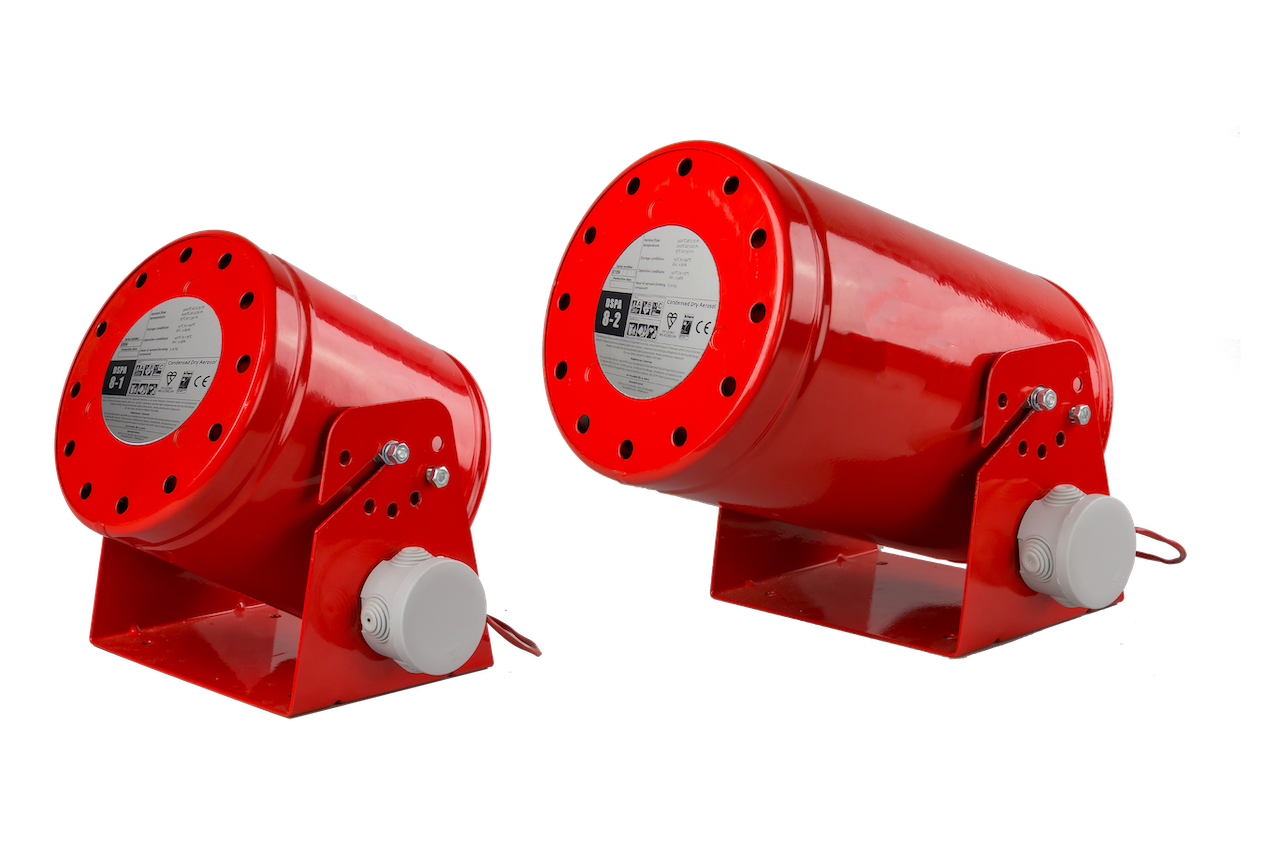 The Dry Sprinkler Powder Aerosol 8 generators are intended for operational application during localization and extinction of fire of inflammable liquid (petrol, oil products, organic solvents, etc.) and solid materials (wood, insulation and plastic materials, etc.). They can also be used in rooms where electrical equipment in which the voltage is no higher than 40 kV has been installed.

The DSPA 8 generators are recommended for the protection of large compartments, such as storage rooms, archives, technical rooms and server rooms.

Both types consist of a body where an aerosol-forming agent is situated and a starting assembly. The agent is separated from the inner surface of the body by a protective thermal layer. Discharge of fire-extinguishing aerosol occurs via slot nozzles located on the lid of the body. The centre of the lid contains the threaded bushing, into which the starting assembly has to be installed.

To mount the DSPA on the ceiling or wall of the space it has to protect, the bracket can be used. On the bracket there is a connecting unit which allows connection to the electrical starting assembly.

The two models of DSPA 8 differ in mass of the aerosol forming agent and therefore in the protection capacity.

Contact us anytime, and one of our customer service reps will respond to you as soon as possible Email UsCall Us